A Recycling Maverick Has A Solution To The EV Battery Crisis 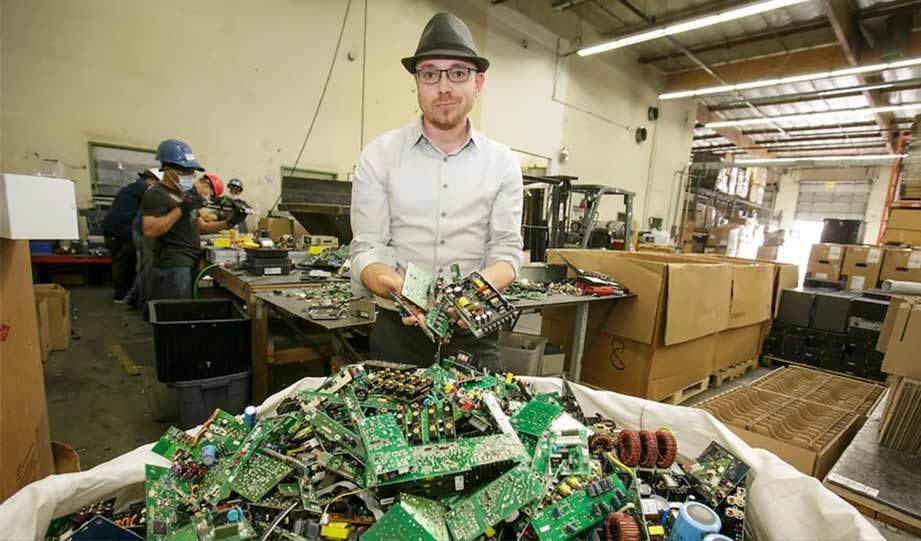 Electronic waste innovator Eric Lundgren and the CEO of BigBattery believes he has a solution for the problem of the amounting lithium-ion batteries used to run electric vehicles.

He plans to buy discarded Li-ion batteries and recycle the parts into new batteries that provide energy storage for home solar arrays.

By doing this, according to Gizmodo, they are tackling one of the largest electronic waste challenges of the 21st century.

Lundgren, who serves as BigBattery’s CEO, believes giving batteries a second life is the key to reducing this waste and the battery industry’s overall environmental footprint—and while there are many challenges ahead, he’s betting that the second-use market will be highly profitable.
“I’m not getting in trash,” Lundgren told Gizmodo. “I’m getting in diamonds.”

Interestingly, Eric Lundgren set the foundations for BigBattery while serving his sentence in federal prison.

Namely, after losing an intense legal battle with Microsoft over thousands of Windows restore disks he has manufactured for computer refurbishers, he was fined and sentenced to a 15-month sentence.

He used his time to communicate with his team, write to potential clients and partners, and even used his visitation hours to hold business meetings.

Currently, this company with a zero-landfill policy is purchasing spent Li-ion batteries from about half of the automakers in the US.