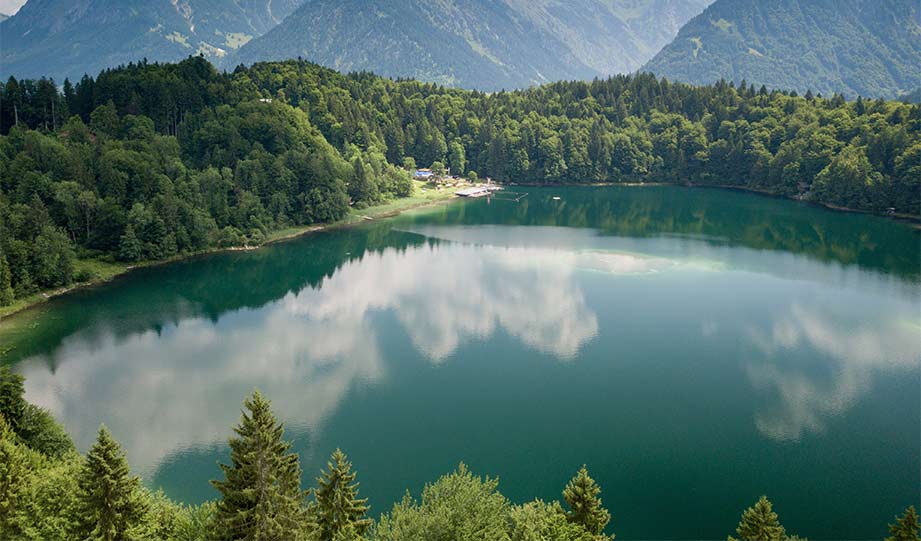 More than 40% of the world’s lakes, rivers, and canals are polluted. When Marino Morikawa discovered that the El Cascajo Lake in Chancay, Peru, where he used to play at as a child, is also contaminated, he decided he had to do something.

A scientist with a Ph.D. degree from Tsukuba University, Morikawa took a break from school, got a loan from the bank, and started working on a solution that would clean up his lake.

He came up with a powdery compound that attracts contaminated particles and floats them to the top where they can be removed. The compound is so environmentally friendly that you can eat it.

Nas Daily reports that Morikawa went to his childhood lake and dumped a whole ton of his compound. He also treated the water with bio-filters and nanotechnology used in waste-water treatment.

After a few months, he managed to fully restore the lake to a state that he remembered from his childhood. Birds came back and people started using the lake for recreation again.

Morikawa says that the method he developed for cleaning wetlands is expensive and time-consuming — but not impossible.

His next project is to clean Peru’s biggest lake, helped with millions of dollars in funding and a noble goal of making the world cleaner.

← A Norwegian Eco-Construction Solution
The Positive Trend Of Carbon Emissions →

3 Comments on “A Man Cleans An Entire Contaminated Lake”

I would love to find an update about this story. What does his childhood lake look like today. Has there been any progress made on the Lake in Peru? I have shown my students this video for the last 4 years when we begin our unit on Engineering. They love it!!!

Found this info on Wikipedia:
Morikawa also founded his own company, Nanoplus 7, which is dedicated to the decontamination of bodies of water.[2] Morikawa has worked on up to 30 habitats around the world. Currently, Morikawa is working on the decontamination effort of Chira River in the Ecuadorian Andes, and lakes Titicaca, Huacachina and Alalay in Peru.[2][5][7]

Hope this helps you to look into him further ! Linda

So since “cleaning this one lake 7 years ago, his “breakthrough” technology has not cleaned any more????