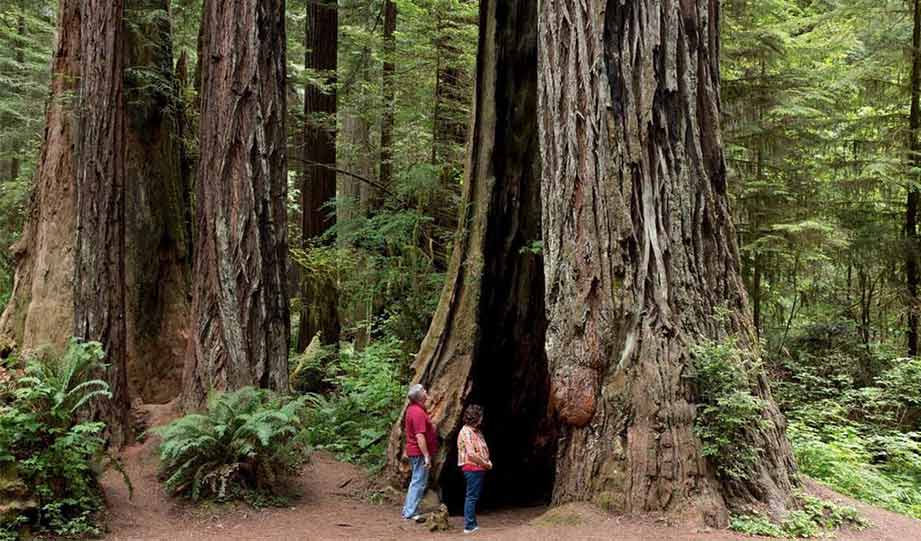 Since they spend much of their savings to purchase the tract, they decided to build the home themselves, using the material that was in abundance — redwood.

“Limitations are not necessarily bad — they actually inspire creations. If you can go to the store and buy it, it’s too easy. And if you can’t buy it, you have to make it,” says Charles.

They had the sawmill and the lumber so they made every element required to complete the whole house without any outside help and contractors.

According to a video by Kirsten Dirksen, this concept allowed Charles and Vanna to achieve a personal expression that they wouldn't have if they had other people involved.

Charles says that in 20 years they had two or three people over that couldn't stand the openness of the house. “There’s too much glass and no drapes,” they said.

But that was the exact thing the couple wanted — to eliminate the outside and make the whole surrounding a part of their home.

The house has a greenhouse built on the slope for maximum sun exposure. It's half sunk into the slope, so it never freezes in winter.

Charles believes that people should start thinking in those terms - to become self-sustainable in food production, in energy, and financially.

Watch the full video from Kirsten Dirksen below.