How To Avoid Phantom Energy Loss?

0 shares Share 0 Tweet 0 Pin 0 Share 0 I first learned about phantom power when I saw an electricity bill for a friend’s home who had been traveling for three months. I thought it would be… Read More 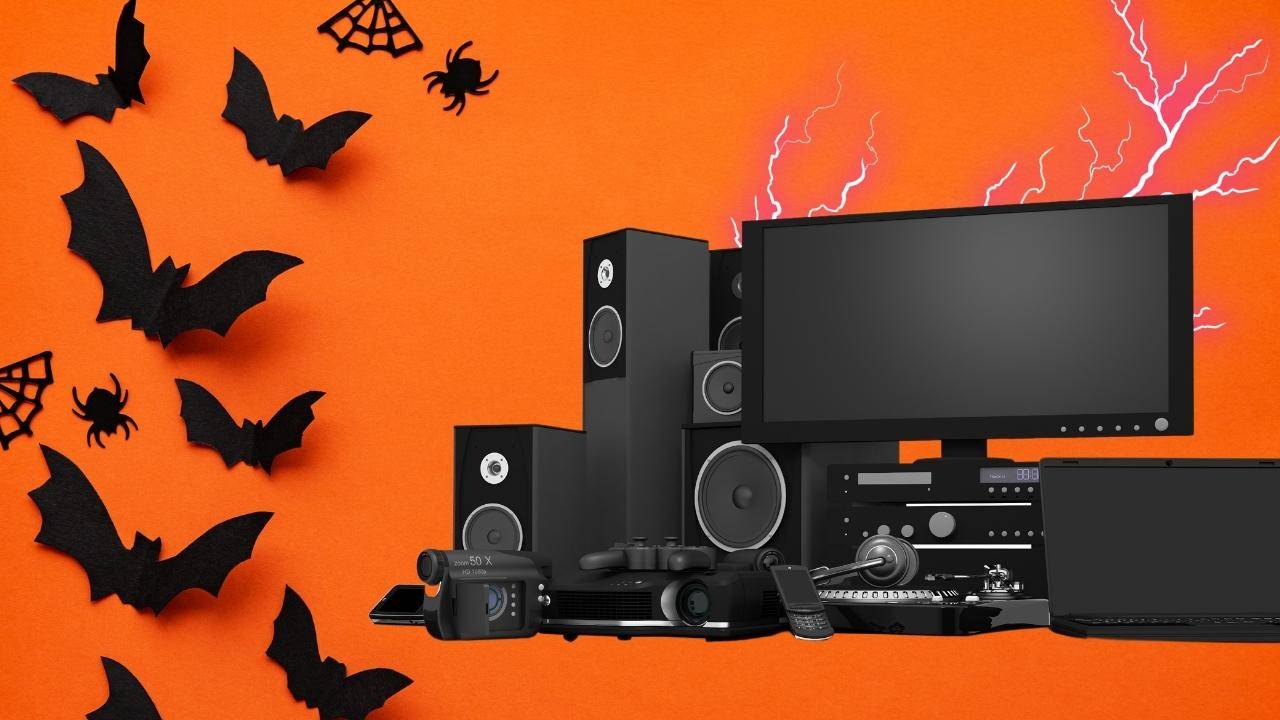 I first learned about phantom power when I saw an electricity bill for a friend's home who had been traveling for three months. I thought it would be barely above the monthly supply charge, but the electric bill included about 20% of the units he normally used.

It was like some form of vampire power-sucking home. It was using energy, but you couldn’t see where.

And since I have taken some immediate action to monitor and reduce such unnecessary energy vampires, I’ve managed to make a significant difference in my electricity usage.

Let’s take a look at how much energy you could be unknowingly wasting.

What Is Phantom Energy?

Phantom energy is the electricity that different types of devices drain, even when you think you have turned them off. And the average home these days has dozens of devices that cause a constant trickle of phantom load.

Even when you hit that red button on your TV remote control or turn off your game console, they go into a kind of standby mode. It’s a convenient feature of many electronic devices, but when you have standby power running 24/7, it will add up to a huge amount of energy waste.

It’s important to understand that this ghost energy use comes from specific devices. And you shouldn’t assume that all energy use at nighttime is unwanted.

For example, a refrigerator will have a continuous draw of electricity, and so will your freezer. Other examples would be your security alarm system that you might turn on at night or when you leave home.

Those have a necessary power use, and it’s not where you want to start looking for phantom energy use. 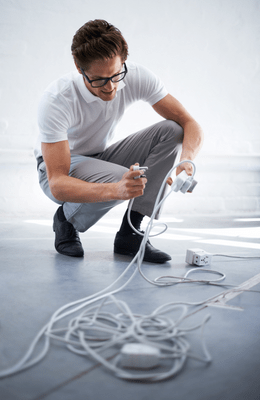 What you need to look for are devices that you truly don’t use for long parts of the day, like surround sound systems, wireless speakers, and even your phone charger.

Getting on top of such devices will also save money on your energy bill, with some estimates putting phantom power use at over 20%.

Before we get to how much phantom power consumption you might be paying for, let’s take a look at the kind of devices that you need to be aware of.

Which Of Your Appliances Use Phantom Electricity?

So, the simple way to look for devices that use phantom energy is to take an inventory of everything you plug into a socket and think about whether it has a standby power mode.

That means we can start excluding things like your refrigerator, freezer, security alarm, and security cameras.

You’ll also find things like standing lamps don’t drain any electricity when you hit the off switch, and they won’t be wasting energy.

So, where do we start looking?

To answer this, I’ve broken things down in a simple way.

These are some of the biggest culprits and also the easiest ones to identify. Check your living room, bedroom, and home cinema for all the remote controls you can find.

I was surprised when I did this audit and found that I had way more devices on standby than I even thought I was regularly using. There even was a second old Apple TV at the back of a shelf that I thought I had removed years ago.

So, let’s take a look at what kind of energy saving you could be looking at for typical devices.

This is where it gets a bit trickier, as some of these can work away in the background, and you might not even touch them on a daily basis.

The biggest surprise I found was the sleep mode on my computer, and ever since I’ve been aware of it, I’ve been turning off my computers.

Here are some examples to look for.

The larger your household is, and the more devices your kids might have, the more potential there is to save energy by making some simple adjustments.

But before I get to those tips, let me show you how to work out the wasted energy of devices in the average home.

OK, so you know that you need to look for devices that have a standby power mode. Now it’s time to take some steps to measure the phantom loads.

The first thing you can do to detect phantom energy use is to analyze your electricity bills. Many utility companies will offer a breakdown per day, allowing you to view things in charts.

What you want to do is pick a bill where you know you were away for a few days. Let’s say you went on vacation for a week but didn’t unplug the power supply of all your devices. 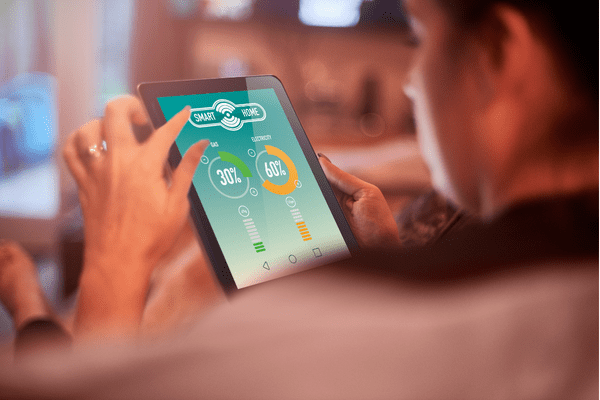 You’ll still consume energy for your freezer, refrigerator, and alarm. But things like your water heater, washer, and drier won’t be in use.

If, during that week, you still see your energy usage at about 40-50% of normal, then you probably have quite a few things plugged in that have a significant impact.

The next thing you can do to identify how much phantom power you’re dealing with is to research the Idle Load Database. It’s broken down by devices, and you can find tons of information.

For each device you have, write down the amount of electricity used in watts. You’ll need this information in order to do some more detailed calculations shortly.

For example, you might see that your Cisco cable modem uses 20 watts in idle mode or standby. This means that for the time when nobody is at home, or you’re asleep, you’ll still be using that electricity.

3. Test Your Devices With Kill A Watt

If you want to get a lot more precise with phantom power measurements, then I would suggest buying a device like the Kill A Watt. It looks like a smart plug with a display. And what you do is plug in, say, your TV and leave it on standby. You can then see the watt usage on the screen. 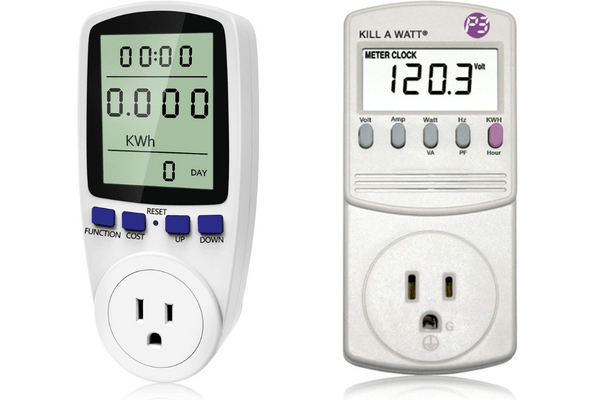 A slightly more advanced version is the KUMAN Electricity Usage Monitor Plug. It has some more advanced features that allow you to see exactly how much phantom energy a device has used while plugged in.

I would suggest using such a monitor for all your devices to get an exact reading of unnecessary power usage.

OK, at this stage, you should either have an estimate or a measured amount of watts used for each device.

Let's say your TV uses 45 watts on standby. And you estimate that you watch about three hours of TV per day. That would mean that for 21 hours, it’s using ghost energy.

You should now get the picture of why all those devices can add up to over 20% of your utility bill.

I have estimated that in my home, we’re saving at least $40 a month by using smart plugs to turn off the electricity supply altogether.

Now, let’s get to the interesting part of some simple tips on how to reduce phantom energy waste.

Your typical wall socket is quite a “dumb” piece of equipment. And unless you’ve got a newly built home where you invested in each socket being wifi enabled for a smart home connection, you’re going to need to make a few investments.

What you want to do is buy a smart plug that allows you to set timers for completely cutting the electricity supply and stop the standby power usage. 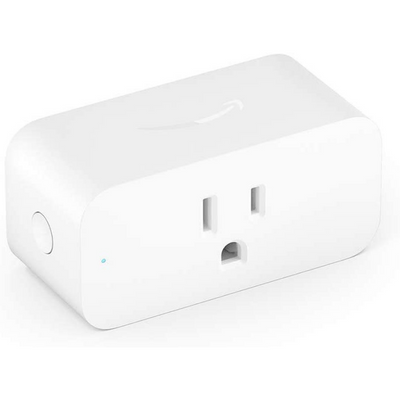 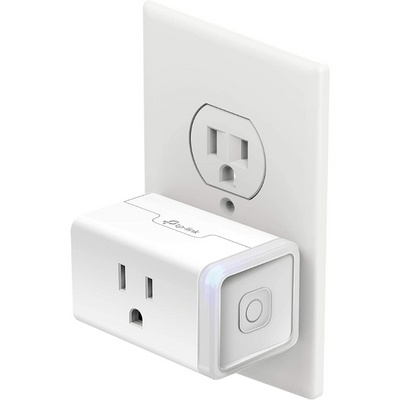 And you can use the smart plugs in two ways.

First of all, you can set timers for each day of the week. Let’s say you typically go to bed at 11 pm, and you don’t watch TV until you come home from work. You can then set the time to cut the power at 11:30 pm and not come back on again until 5 pm the next day.

Alternatively, you can group all your smart plugs in an app and, at the touch of a button, turn them all on or off at the same time.

This is by far the simplest way to cut out phantom energy use and improve your overall energy efficiency.

One thing I found was that the first step above could become quite expensive for all the devices in your living room. You might have a TV, cable box, BluRay Player, soundbar, and Apple TV that regularly use standby power.

What I recommend here is a smart power strip.

A power strip is a smart plug with 3-5 sockets that you can control independently. Once you have all your devices plugged in, you can time each one to automatically cut power at certain times.

There are also power strip options that automatically shut off the power when you turn off a device.

The other thing you should be doing is looking for Energy Star certification for all your devices and appliances. This certification indicates a certain level of energy efficiency, and part of that involves limiting the amount of phantom energy use. You’ll generally find that manufacturers that are Energy Star compliant will make sure they display the logo on the box and marketing materials.

So, when I first started paying more attention to phantom power due to the standby mode of different devices, I couldn’t afford smart plugs for all of them.

And there are also some devices where the phantom power saving is quite low. Or you’ll find devices that you really only need to plug in once a week. 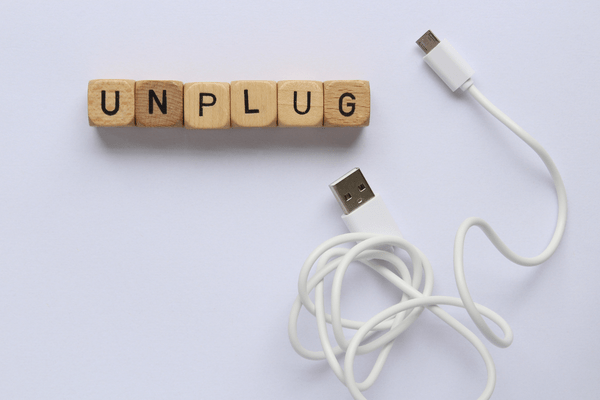 For example, it doesn’t make sense to keep electric toothbrushes plugged in, and it’s also not necessary to buy a smart plug that might cost more than the toothbrush.

It’s the same for my iPad. I probably charge it every five days, so there’s really no good reason to keep the charger in the socket.

For these things, I recommend simply getting into the habit of pulling the plug from the socket when it’s not in use.

The final option I’d like to recommend to reduce phantom power use is a home energy monitor. Essentially, these include a smart fuse box that monitors the electricity usage of each socket, light, and appliance.

It’s an expensive option and one that is possibly best suitable for people building a new home or doing a full home refurbishment or rewiring.

I’ve seen one of these at a neighbor’s house, and the app that comes with them allows you to clearly identify where you can make the biggest changes in your energy use.

Countless reports, including one from the Natural Resources Defense Council, have identified that phantom power use can account for over 20% of electricity use in a typical home.

And because it provides no benefit to your home, it’s one area where you can consume power in a more sustainable way.

Use our tips to reduce your phantom loads and start seeing significant energy savings in the process.

You can start right away by simply identifying the troublesome devices and simply unplugging them at nighttime. And then gradually introduce better technology solutions to make your home smart and energy efficient.

← How To Become Water Positive With Dishwashing Habits?
Everything You Need to Know About Appliance Recycling →