Have you ever looked at how you really interacts with the environment? See how you can reduce your negative impact to the planet by paying a bit more attention. 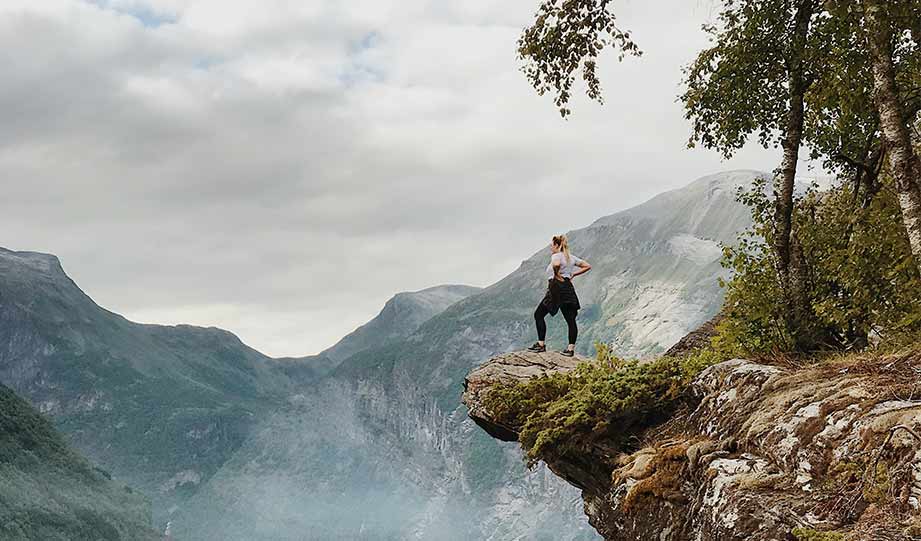 Whenever you check the news about reports on environmental problems these days, it almost always focuses on climate change.

Not that I don’t believe this is an area where human activities are causing lasting damage, but I think that there are other areas of human environment interactions that deserve the same amount of attention.

So, I recently spent some time with friends to see if they fully understood how much of our daily activities as humans have an impact on our environment.

Quite surprisingly, most of them didn’t fully appreciate the scale of the problem.

Let’s start with a definition.

What Does Human Environment Interaction Mean?

It doesn’t automatically mean these actions have a negative impact.

We are entirely dependent on the environment around us to survive, and as I will show you shortly, there are positive ways in which our interactions influence the environment.

Unfortunately, though, human beings have come to a stage where our negative impact on natural surroundings far outweighs the positive.

Here’s a closer look at how to categorize our interactions.

What Are The 3 Types Of Human Environment Interaction?

There’s an interesting way to look at the connection between people and the environment.

I like this approach because it shows precisely how and why everything we do has an impact.

1. Dependence On The Environment

But for humans, that dependence has grown to a level where someone living in Boston might also be dependent on the environment in Central America for certain foods, or for the minerals mined in China for electronics.

Basically, everything you see around you is entirely dependent on environmental resources that come from thousands of miles away. 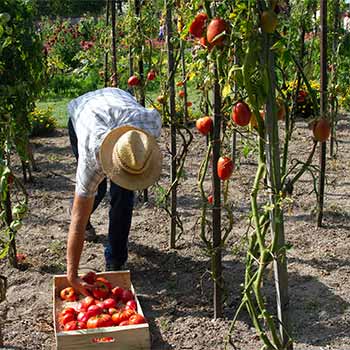 2. Modification Of The Environment 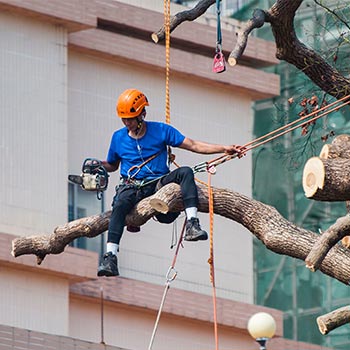 Human activities frequently result in environmental change, both with negative and positive results.

Even the most ecologically sustainable farming methods and renewable energy projects require resources provided by nature.

Human beings use increasing amounts of land to build homes, shopping centers, and schools. When it gets cold, we burn coal, wood, and oil that we all collect from our environment.

It’s kind of fascinating and scary when you stop to look at your phone, vehicle, home, and everything else around you in this way.

3. Adaptation To The Environment

People seem to live in the strangest places on this planet, which is partly due to successes in evolution.

The more successful species are able to adapt to changes in their environment, the more likely they are to survive.

For example, when you find people living above the arctic circle, in dense jungles, and dry savannahs, you’ll get the idea of how much we have adapted to our natural environment. 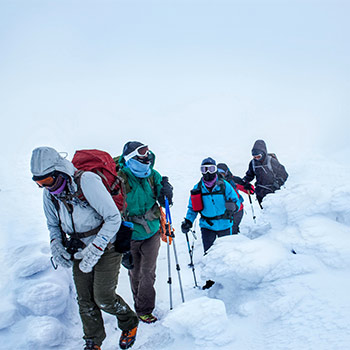 What Are Some Examples Of Human Environment Interaction?

There are too many individual human interactions with the environment to list them all. But I wanted to give some example interactions for people to get a picture of all the negative effects.

For me, this is possibly one of the most concerning human environmental impacts right now. The planet is losing millions of acres of forests every year to make space for more agricultural land. [1]

The problem isn’t just the loss of CO2 processing, but natural habitats for some of the rarest animals are gone too.

This is one of the most important natural resources that people in Western countries take for granted.

Take this, for example: You turn on your faucet, and clean water pours out.

But that water has to come from somewhere, which usually means tapping into rivers, lakes, and underground aquifers.

You just need to look at the drought situations in California to see what huge population clusters have done to the availability of freshwater.

California’s Central Valley—one of the richest agricultural regions in the world—is sinking. During a recent intense drought, from 2012 to 2016, parts of the valley sank as much as 60 centimeters per year

Fire was possibly one of the most fundamental advances in early human evolution, and energy for heat is still one of the main ways human beings exploit nature.

But human beings also need energy for transportation and communication, which is one of the main reasons why carbon emissions have skyrocketed in the last 100 years.

Our thirst for energy has been uncontrollable, and it has mainly come down to two types of fossil fuels, which are—

Out of all the resources that we extract from our planet, the most disruptive ones are oil and gas.

Not only do their production and transportation cause a lot of environmental damage, including water pollution and habitat destruction. But the burning of these fuels is also the main reason why our climate is in such turmoil.

Every single part of the oil and gas production process causes damage to the environment in more ways than just climate change.

The natural resources that humans extract include everything from timber to coal, as well as oil, gold, and rare earth metals.

Most people just think of deep holes in the ground for mining shafts, but a lot of mineral extraction methods strip away millions of acres of land to get to the resources.

These strip mining ways of production often cause irreparable damage to the environment as toxic materials leak into the surrounding areas where they simply cannot be removed.

And the growing industrialization of developing countries is only increasing the demand for these mining practices.

For me, this is one of the cruelest human environmental impacts. Seeing animals suffering from the plastic waste that litters our oceans and landscapes is sometimes too much to take.

While recycling efforts have stepped up considerably, this is possibly one area where our actions end up doing harm hundreds of miles away.

It’s almost like there is a total emotional disconnect because trucks collect the trash, and then people don’t worry about it anymore.

People often just focus on CO2 when it comes to air pollution, but there is a lot more to factories, cars, and households.

Most western countries have banned certain toxins, for example, and factories and vehicles have filters to remove them. However, the filters only go so far, and some toxins will always seep into the air.

And while governments banned CFCs several decades ago, there are still many types of aerosols called volatile organic compounds (VOC).

Ironically, these VOCs are not just an example of human-environmental impacts, but they directly harm our own lungs as well.

Traffic on all the planet’s waterways has never been busier, and human-environmental impacts cause the most damage to marine animals.

For example, some large fish and mammals get struck by boats. Others, on the other hand, can suffer severe disorientation from the engine and propeller noise. [2]

And then there is the constant risk of water pollution that causes irreversible damage in many parts of the world that depend on water for their day-to-day lives.

One issue with tourism is the carbon cost of getting to vacation destinations because flying has become the preferred travel method.

But the destinations that people travel to also impact natural habitats with many resorts taking over nature.

Increasing land-use levels around many of the world’s largest cities reduce the amount of space available for plants and animals.

And with growing cities come ever-increasing pollution problems, as well as drains on available water resources.

What Are Some Positive Effects Of Human Environment Interaction?

This was the more fun part of my research as human interaction with the environment can certainly be positive as well. 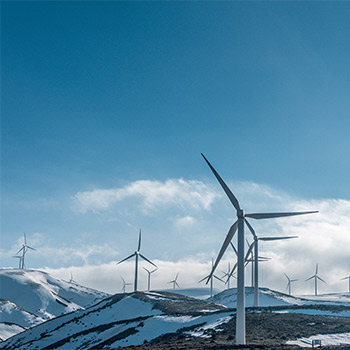 Solar, wind, and geothermal energy sources are fast-growing industries, and more people are shifting the way they approach their energy use at home and on the road.

But a lot more has to happen fast for renewable energy use to outgrow traditional fossil fuel options.

Many urban planners around the world have started encouraging a greener approach to city life. 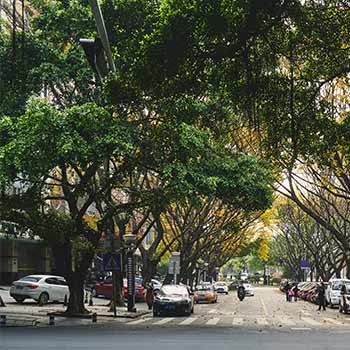 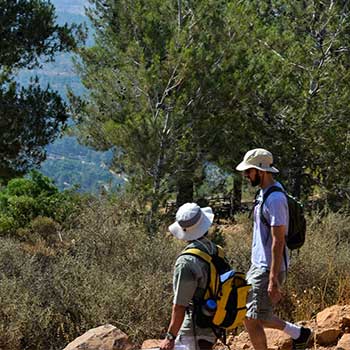 This is possibly one of the fastest-growing tourism niches, and it involves more than just buying some carbon credits for getting on a plane.

For example, many countries are now offering ways for tourists to directly reduce their overall impact on the environment by contributing preservation and reforestation projects.

The USA has a fantastic network of vast national parks. And while government agencies do a great job of protecting these parks, this isn’t always the case in other countries.

And I think that rich industrialized countries have a responsibility to help achieve the same in developing countries. 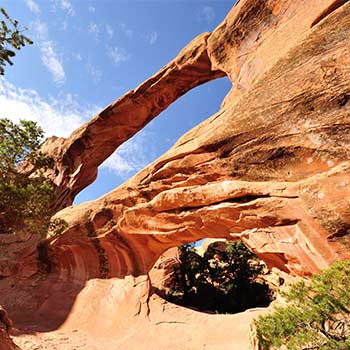 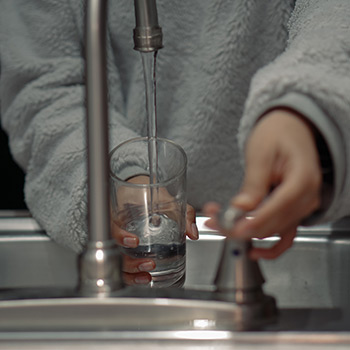 Landfill sites worldwide are struggling to keep up with the supply of waste, and the people in charge should take a careful look at how countries like Sweden are handling their waste.

With a proper support network to reuse as much as possible and making recycling easy, it’s entirely possible to get to a stage where minimal amounts of waste end up at landfills.

Human beings simply cannot survive without water, and with better management of water supplies and making more use of rainwater harvesting systems, all of us can reduce our demand on natural water supplies. 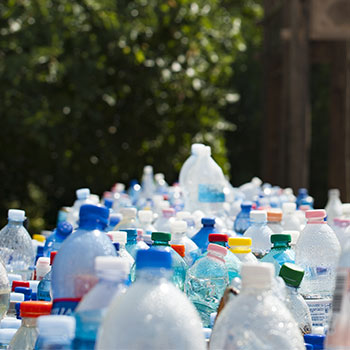 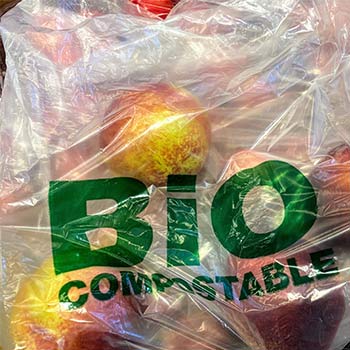 This is one of my favorite topics, as I’m a big gardening nerd.

With 30% of all food waste ending up in the trash, there should be no reason why we cannot effectively deal with it at home or through a managed collection service.

People need to wake up to the fact that all human activities, in some way, impact the environment.

As a human race, we need to change how we use and abuse the natural resources that we rely on so much.

Some of the changes will have to come through new legal policies and approaches to the use of natural resources. But I believe that we can do a lot more by starting in our homes and communities.

See if you can figure out more ways to increase your positive impact while decreasing your negative impact to the environment.