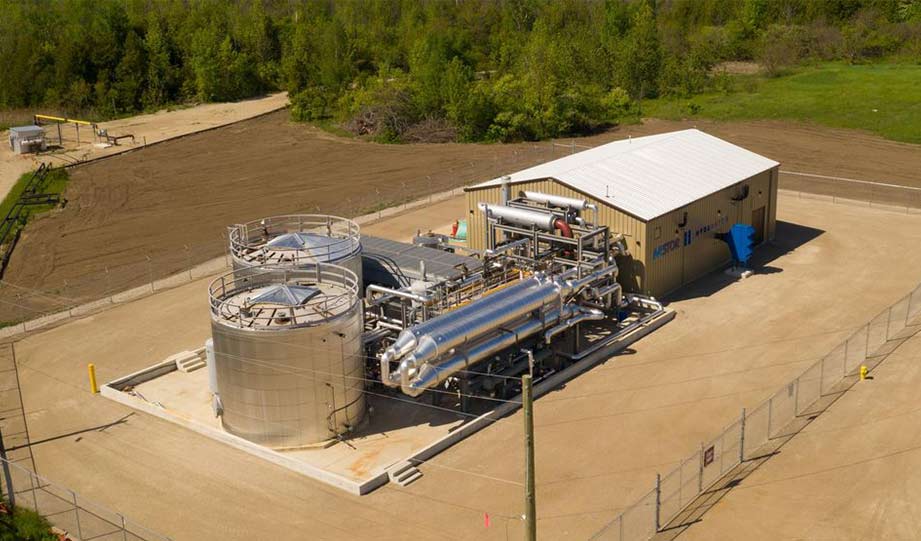 Grid stabilizing batteries are using compressed air in energy overflow facilities. These facilities store extra energy during surplus times and put it back in the grid during peak usage times.

So far, these systems have had efficiency levels of about 40 - 50%, but the new system from Hydrostor can reach 60%.

Hydrostor plans to keep compressed air in a reservoir partly filled with water. This will help balance out the pressure, and the system will hold up to 12 hours of energy.

According to Popular Mechanics, Hydrostor claims that compressed air is better than hydrogen because hydro storage requires massive amounts of water, which in turn requires huge infrastructures, which ends up using the energy it’s trying to save.

“Pumped hydro accounts for around 95 percent of the world's grid energy storage and gigwatt-capacity plants have been in operation since the 1980s. The problem is that you need a specific type of location and a staggering amount of concrete to build a pumped hydro plant, which works against the goal of reaching net zero.”

The first of the two plants Hydrostor plans to build is set to open in 2026 and will last for approximately 50 years — much longer than any other kind of energy storage of its kind.

Check out this video from Hydrostor on how their system enables the energy transition.