Why We Use Plastic Straws and How to Stop

Plastic drinking straws are one of those consumer items that individuals and governments are hoping to ban. Some people may find this puzzling or trivial — even though as of 2019, plastic straws in California became illegal for… Read More 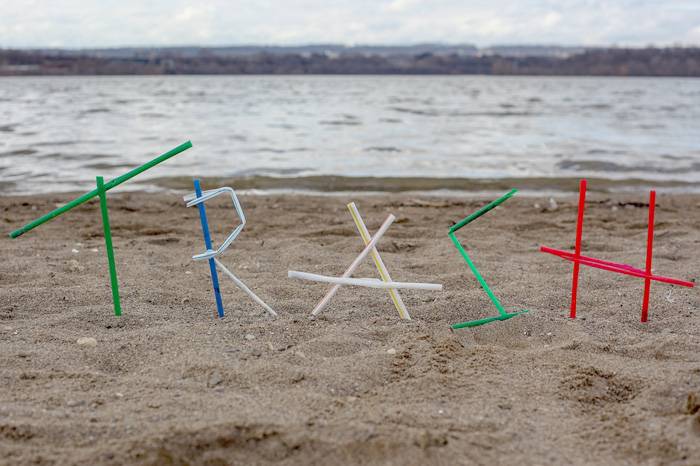 Plastic drinking straws are one of those consumer items that individuals and governments are hoping to ban. Some people may find this puzzling or trivial — even though as of 2019, plastic straws in California became illegal for dine-in restaurants. This law is just part of a growing trend to reduce and eliminate single-use plastic items.

The main argument against plastic straws is that far too many of them end up in the oceans, endangering marine life and negatively impacting the food chain. The argument in favor of plastic straws comes primarily from manufacturers and the food service industries (which we might expect), but also from the disability community (which reminds us to carefully consider unintended consequences of sweeping change).

To examine this shift in public awareness and the problem it hopes to address, let’s begin with looking at why we have drinking straws in the first place.

The story begins at least 5,000 years ago with a thin tube of gold, inlaid with lapis lazuli, discovered in an ancient tomb in southern Iraq. The Sumerians brewed and consumed beer, and this simple tool used muscular action of the mouth and ambient atmospheric pressure for drinking beer while avoiding the solid byproducts of fermentation. The bombilla (“little pump” in Spanish), which sometimes included a strainer, served a similar purpose for hundreds of years in and around Argentina, where a beverage brewed from caffeine-rich yerba mate leaves was enormously popular. We came to call this tube a drinking straw when it was most commonly a dried, hollow plant stem. But as American inventor Marvin C. Stone noticed in 1888, a soggy rye grass stalk hadn’t improved the flavor of his mint julep. So he created and patented a thin tube of waxed paper, and the modern drinking straw was born.

By the 20th century, straws had moved beyond their role as accessories for enjoying alcohol, caffeine, and ice cream sodas; they were marketed as a sanitary alternative to the health hazards of improperly washed cups and glasses. The Flex-Straw, a bendable paper straw, was born in 1937 when inventor Joseph Friedman noticed his daughter struggling with a milkshake, but the first plastic straw had already been patented the previous year by Arthur Philip Gildersleeve, whose Crazy Straw was designed to amuse children as their beverage twisted its way through hard, transparent loops en route to their mouths. In 1950, Milton Dinhofer parlayed this concept into the Sip-N-See, one of the first mass-produced novelty straws.

Indeed, the years after World War II were the golden age of plastics as the manufacturing and marketing sectors sought consumer-friendly uses for a wartime material that had been cheap and easy to produce. Plastic straws made a natural pairing with fast foods, inevitably becoming a just another throwaway byproduct of a disposable culture. All of this brings us to a global problem that becomes more serious every year: What do we do with disposable materials that won’t go away?

So why doesn’t plastic go away? To be accurate, plastic will go away eventually. However, it takes a very long time to biodegrade (bacterial breakdown) or photodegrade (breakdown via sunlight) — anywhere from 50 to 1000 years. Plastic decomposes into increasingly smaller pieces called microplastics, which enter the soil and water, impacting the health of animal and human populations. Strawless Ocean reports that microplastics are already present in commercially available sea salt and 94% of U.S. tap water. According to Plastics Europe, 1.5 million tons of plastic were produced globally in 1950, and by 2015 the volume had jumped to 322 million tons. Eight million tons of discarded plastic end up in the ocean every year. It’s dramatically visible in the gyres where ocean currents meet, creating vast floating garbage patches.

Straws comprise 0.025% of all this oceanic garbage, which may not sound like a lot. Yet ScienceMag.org reported that the world’s beaches were littered with an estimated 8.3 billion plastic straws in 2017, and that U.S. consumers used 500 million plastic straws every day. Numbers like these are at the heart of the movement to ban straws. They highlight the consequences of what for most people has become a convenient habit: beverages that come with single-use disposable drinking straws.

Every conservation effort begins with a change in how resources are being used — or if they need to be used at all. Our reflex of grabbing a plastic straw from the countertop dispenser and poking it into our soda or iced coffee is a remnant of less ecologically aware times. If we can change this one small behavior to make a difference in the garbage lingering in our landfills, polluting our oceans, and harming wildlife, what else can we change with just a little more effort?

First Question: Do You Actually Need a Drinking Straw?

In looking at how we use any problematic item, the first thing to ask is whether we need to use it at all. In many cases, drinking through a straw is unnecessary and therefore a habit we can train ourselves to break. In some circumstances, however, there’s a practical need for drinking straws. Hospitals use them for patients unable to sit up while receiving fluids orally. People living with disabilities may find straws necessary when their range of motion is limited. And if we’re drinking liquids in a moving vehicle or tight quarters, or if bringing the cup to our lips is likely to result in a mess, the straw is a welcome utensil. So let’s look at some alternatives to plastic straws.

There’s no reason why we can’t return to Marvin C. Stone’s 1888 invention of the paper straw or Joseph Friedman’s 1937 Flex-Straw adaptation. Modern versions of this basic tool are still being manufactured and sold. Here are just a few:

Paper isn’t the only organic material that can be used to make drinking straws. If you’d like to rely on products that use less energy and water in their manufacturing process, consider these alternatives:

Another natural alternative to plastic is to use drinking straws made with seaweed:
LOLISTRAWS (made from seaweed) https://www.loliware.com/

All you need is a thin bottlebrush and soapy water, and these straws will last indefinitely.

Yes, they’re still plastic, but at least you can reuse them again and again…

If you’re looking for high-end resuable plastic straws, acrylic is a type of plastic that, when used to make drinking straws, is functionally similar to glass or stainless steel. It’s less flexible and more durable than many other plastics, and it can offer a wider color range than glass and steel (although the sets we found don’t come in colors):

“Are plastic straws recyclable?” we asked. Well, it turns out that some of them can be. The good news about compostable plastic straws is that they’ll biodegrade quickly and without environmental damage. The less-than-good news is that they have to be recycled at commercial composting facilities rather than tossed into landfills, which is an extra step that might not be easy for everyone. Check out these manufacturers:

Finally, if you want your drinking straw to disappear quickly, possibly leaving behind the flavor of your choice, why not try the ice straw? (A word of warning: this is highly impractical for drinking hot or warm liquids!)

← Every Day Should Be Earth Day: How to Solve the E-Waste Crisis?
How to Stop Using Paper Towels →